Bakers that become their bread

Last summer Puratos set out to understand whether the hands of bakers influence the bread they make. So Puratos set up an experiment in collaboration with Rob Dunn & Ann Madden from the North Carolina State University and asked bakers from 16 countries to make a sourdough, wherever they would ordinarily make a starter. Puratos sent the bakers a common flour that they were all to use. The bakers then made and fed their starter, keeping it alive until the 4th of July 2018, when all the bakers came together to the Puratos Center for Bread Flavour, to make bread.

At the center the bakers’ hands were swabbed with a cotton swab; in the morning, after the bakers did whatever they usually do after waking up. Samples of the starters themselves were taken before and after they were fed. The next steps were laborious. DNA was extracted from the samples in the laboratory. We will spare you the details: some parts of this laboratory process were technically hard, but in short, we can tell you a lot could have gone wrong. But they didn’t, Hallelujah! The result is that for every little thing that got swabbed at the Center the researchers – Rob Dunn & Ann Madden - defined the species of fungi and bacteria that were present. They defined both the species that are readily cultured and those that aren’t. 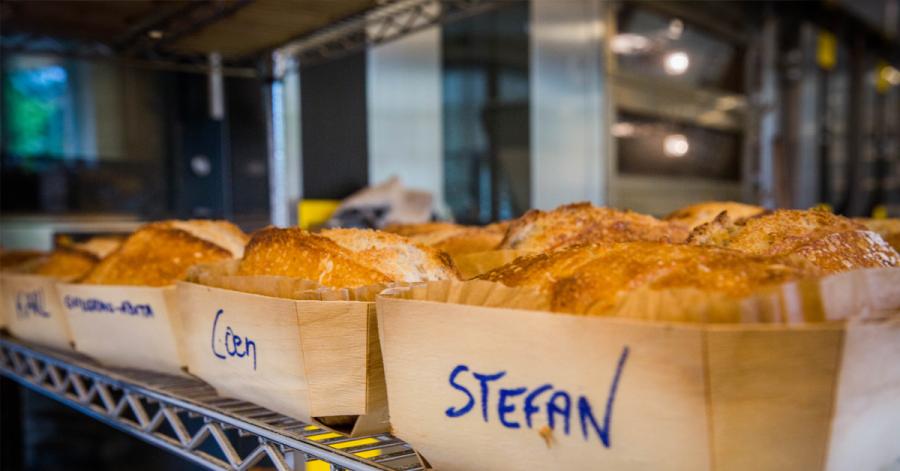 This though is just a beginning. Puratos will continue to study the results in collaboration with Rob Dunn & Ann Madden and who knows some other contributors, and try to provide some insight as to whether the bakers with the most unique hands and starters produced the most unique breads. Stay tuned.